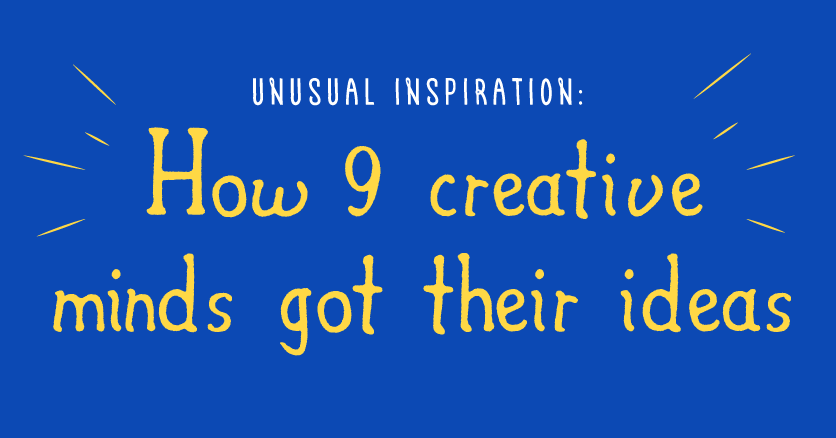 Unusual Inspiration: How 9 Creative Minds Got Their Ideas

Where does inspiration come from? Do creative minds have random ‘light bulb moments,’ or is there more to it? Whether it’s composers, artists, writers or inventors, many creatives resort to all manner of weird ways to come up with their best ideas.

If you struggle to get your creative juices flowing, read on to find out how some of the most prolific creatives came up their ideas.

The Russian composer is widely considered to be one of the most important and influential composers of the 20th century. But how did the musical revolutionary keep his mind fresh enough to innovate every day? He did headstands. Stravinsky’s strict routine had him locked away for hours while he composed his master works. If he reached a creative block, he would do a headstand, which he said “rests the head and clears the brain.”

Salvador Dali slept with a key

This mustachioed surrealist master was one of the most versatile and prolific artists of the 20th century. His work explored the deepest realms of the subconscious and dream imagery. His secret? ‘Slumber with a key’ – an afternoon siesta of less than a second. Dali would sit in a chair holding a heavy metal key above a plate. The instant he dozed off, he would drop the key onto the plate and wake up. He felt that this allowed him to utilise the fluid space between wake and sleep, where mysterious images occur.

The 19th century French novelist and playwright was one of the pillars of French romantic literature, thanks in part to insane volumes of caffeine. It’s rumored that he drank 50 cups of coffee a day to stimulate his writing – sometimes more than one at a time. The writer enthused that during his caffeine binges “ideas quick-march into motion like battalions of a grand army to its legendary fighting ground, and the battle rages.”

The Japanese inventor’s wide range of wacky inventions have netted him around $50 million and include jumping shoes and eye-shaped glasses. He’s most famous for his claim that he invented the floppy disk, which is hotly contested by IBM. It’s said that he holds nearly 4000 patents, but how does he keep churning out the ideas? He feels that he’s most creative when closest to death – so he dives underwater and remains under the surface until he gets his genius idea, which could happen “just 0.5 seconds before death.”

Arguably one of the most influential geniuses of our time, Steve Job’s impact on the modern world is immeasurable. But how did he cope with the stress of trying to make his visions a reality? According to his authorized biography, one of his favorite stress relievers during the early days of Apple was to head to the company toilets and soak his bare feet in the toilet water. Yes, toilet water.

Truman Capote only wrote laying down

This trailblazing American writer’s works are recognised as literary classics, and at least 20 films and television dramas have been produced from Capote novels, stories and plays. Like most writers, he had a particular method of getting his creative juices flowing: writing while laying on his back, often with a glass of sherry in one hand and a pencil in another. “I am a completely horizontal author,” he explained. “I can’t think unless I’m lying down, either in bed or stretched on a couch,.”

The American author, cartoonist, poet and animator is best known for authoring some of the most popular children’s books of all time, including The Cat in the Hat. But all writers face writer’s block at some point. How did Dr. Seuss beat it? Well, he wore hats. He would go to his secret closet filled with hundreds of hats and choose one to wear until inspiration hit. The writer started his secret collection of hats from around the world in the 1930s and carried on collecting for 60 years.

Agatha Christie took a bath while surrounded by apple cores

She penned more than 60 detective novels, and classics like Murder on the Orient Express made her the undisputed queen of crime. If you haven’t read any of her novels, you’ve likely seen one of the many screen adaptations of her enduring whodunnits. Turns out that she dreamed up these gripping murder mysteries while munching on apples in the bath – sitting there thinking, undisturbed, with the rim of the tub lined with apple cores.

We have a lot to thank this eccentric genius for, but he’s best known for envisaging and designing the world changing alternating current (AC) electricity supply system. It brought electricity into the homes of millions and we still use it to this day.  So how did he keep his brain so sharp? The inventor curled his toes 100 times per foot every night before bed because he thought it boosted his brain cells.

From near death experiences to one-second naps, the best creative minds stop at nothing to keep the ideas flowing. How will your next ‘light bulb moment’ come about?

Conradt, S. (2016). 11 Reasons Agatha Christie Was as Interesting as Her Characters. mentalfloss.com 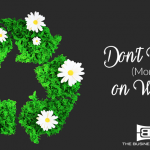 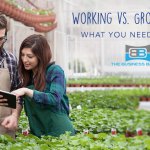 Do You Know the Difference Between Working Capital and Growth Capital?